Easy to find just off the Ruta del Vino #3 to Tecate, Viñas de la Erre is five minutes from San Antonio de las Minas. Through the natural rock entrance, the vineyard spreads upward to the hilltop where both the tasting and the production areas can be seen from the road. The dirt road cuts through the vineyard going into its dormant period and will rest through the winter months. The landscaping takes in the natural white granite boulders with special groupings of antique farming equipment. Up a flight of rock stairs, the patio opens out into meticulously tended grounds and nice seating arrangements to accommodate intimate gatherings or large groups wanting a good old Mexican fiesta.

Ernesto Rocha gives a friendly greeting and we sit in the shade as he begins to tell the Rocha family story. Ernesto was raised in California and all the family members are professional in their own right. Claudio and Nelly Rocha had own the land for 35 years, when Claudio decided it was time to create a business and as it turned out, he favored owning a vineyard. Son suggested to father his idea of a better plan which was a sand and rock business for building materials. As it turns out, with the explosion of building in the valley, it would have been very successful. But the elder Rocha liked the romantic idea of a viniculture project. They began by planting grapes that are now nine years old and began selling their first harvest in 2017. 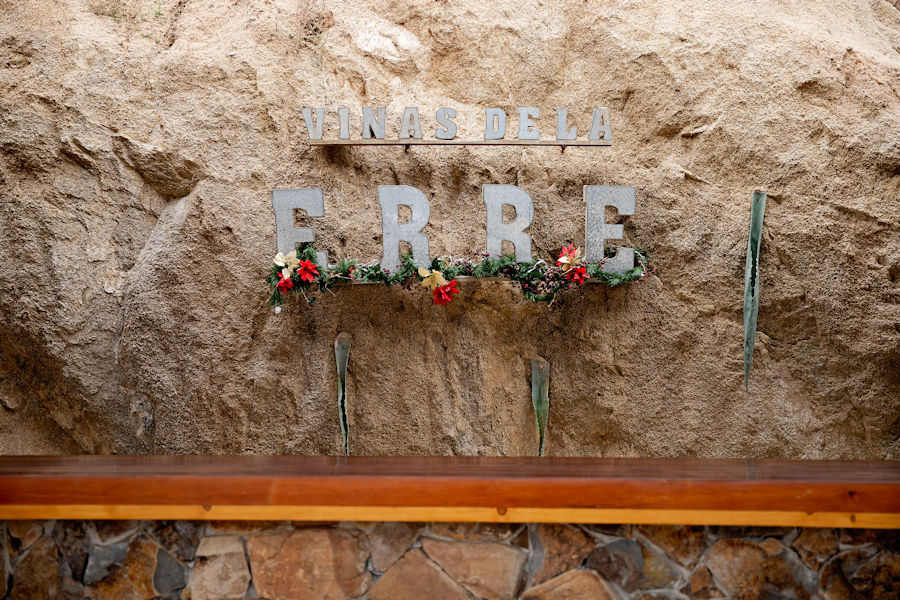 Ernesto reveals a funny family story about how they named the winery. While living in the United States, few people could pronounce their last name correctly, for it required the lively tongue of the Spanish speaker to roll the R. Erre, is the name of the letter R and must be rolled to be an accurate pronunciation. As a child, Ernesto had to develop good humor as most of his friends called him “Roach” and thought it was very funny. The family created a way to bring a balance to all the years in which they endured their name being mispronounced. Naming the vineyard Erre, they help non-Spanish speakers to learn how to roll the R. Ernesto says it turns into a fun activity during tasting as visitors gamely attempt to loosen their tongue. The origins of the name Rocha come from both France and Portugal, very interesting that this Rocha family now finds themselves producing wine in Mexico.

Ernesto admits, “I was a beer drinker and didn’t know anything about wine, but once the decision was made and I’d signed up as the family member to create the business, my education began.” A well-known winemaker, Rogelio Morales of Spring Mountain Vineyards took him under his wing, teaching him the art. Later his learning experience took him to France. It was here he learned about the “yellow wine” of France. As he pours the Reserva Blanc, a blend of chardonnay, sauvignon blanc and chenin blanc with 18 months in French oak. It looks like golden tequila catching shimmering light in the glass. Ernesto explains that the French method of leaving the skins on throughout the fermentation and pressing is part of the intense color and also causes a full body with ripe maturity. “You could describe the taste like biting into a very ripe pear with the juice running down your chin.” It was also from a late harvest with the sugar content high, yet Ernesto said, “Mistakes being made can turn into something surprising, if you just stick with it.” This is certainly true for this robust yellow wine, “It is a learning curve,” quips the young Rocha. And it also sounded like a good philosophy for life.

As Ernesto pours the Mezcla de la Erre, 2011, a raspy honk from an unseen bird sounds nearby, causing Ernesto to grin, “The geese belong to my grandmother, she lives just down the hill.” This is the first wine which Ernesto made from old vines. It is a blend of cabernet sauvignon, merlot, tempranillo and zinfandel. It won a silver medal in San Francisco. Ernesto calls this a “soccer game,” where French grapes meet Mexican soil. It is a win-win. There is so much to learn from a passionate winemaker. To understand the fine details is a must for wine lovers as it creates a deeper appreciation when tasting. 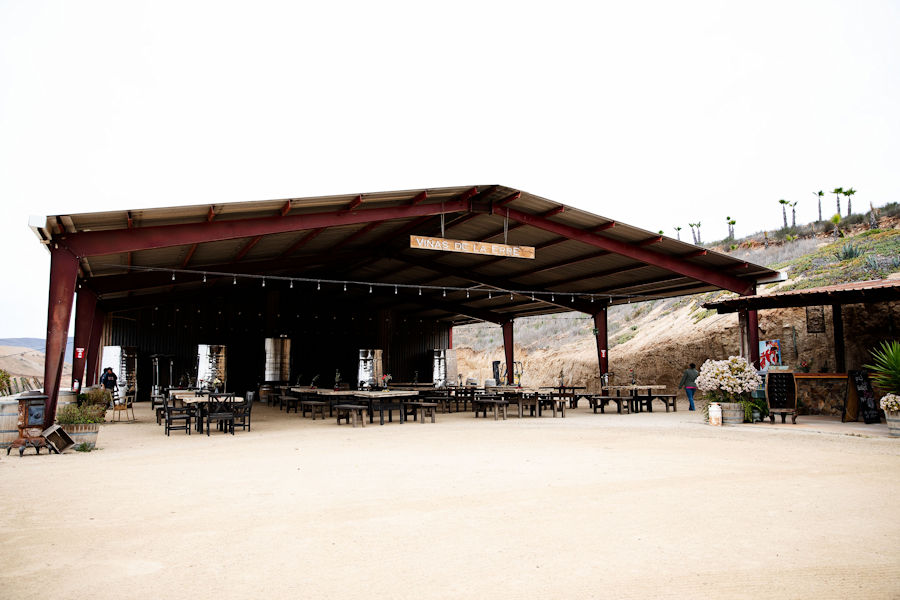 Ernesto moves on to what he calls the “Napa and Old World” tasting. Both wines are based on the Bordeaux region of making wine with certain varietals, generally, with cabernet sauvignon and merlot. But here the artist gives each his own unique touch. The Mexican producers, are not bound by tradition, they are free to break rules, to express themselves through the wine. The Selección de Tintos Reserve, 2013 with 28 months in French oak. This blend of cabernet franc, petit verdot, merlot and cabernet sauvignon were wonderfully spicy with notes of jam and mature red fruits. This he dubbed, “Napa or the New World.” The Reserva Mezcla Bordalesa, 2013 combined the grapes in a different order. Upfront is the cabernet sauvignon, then merlot, followed by small percentages of cab franc and petit verdot. And I had to admit, the Old World won my vote with its bold earthy quality, like walking in a moist warm forest, where you might find a truffle or two. The wines are not filtered and for the novice this might be misunderstood for the choice to not filter leaves a slight residue in the glass and at the bottom of the bottle. However, this is not bad or incorrect, but rather a choice to leave more of the intense rich flavors in the wine.

As the sun begins to dip to the west, the breeze is a bit chilly. Ernesto is obviously happy with his life and the opportunity in his future. He still likes his beer, but his palate now includes a passion for the wine and the mysteries that are part of the making. “I let the grapes tell me what they want to tell me. We don’t make wine, we are just guiding it to what it does as it becomes wine. If you like challenges, this is the business for you.” We take a walk to the production area which is already outgrowing its space. Boxes are crammed together all the way to the ceiling and in the barrel room, men defy gravity, while topping off the barrels stacked to the roof. It has been a grand day in the beauty and peace of the Guadalupe Valley sipping wine. Both Ernesto and I agree, sharing wine together turns strangers into friends. 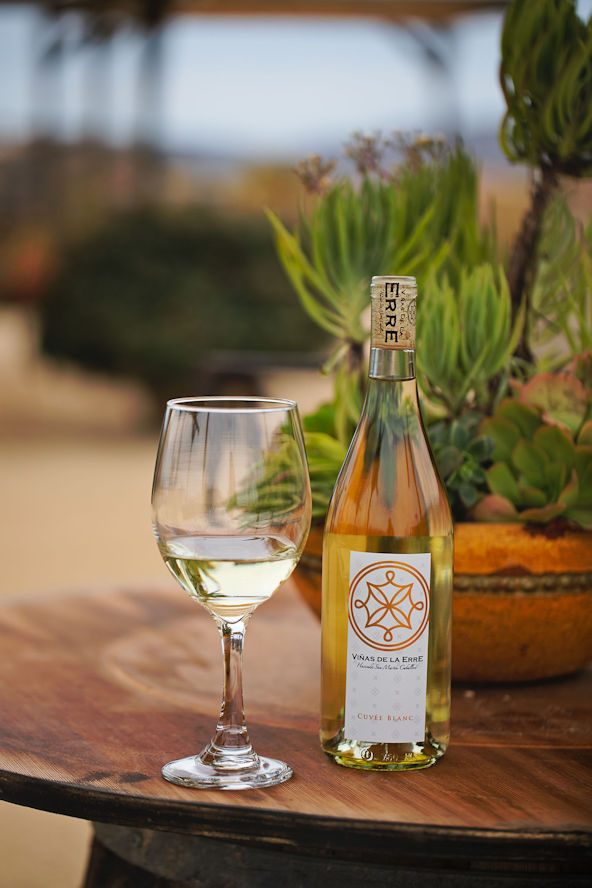 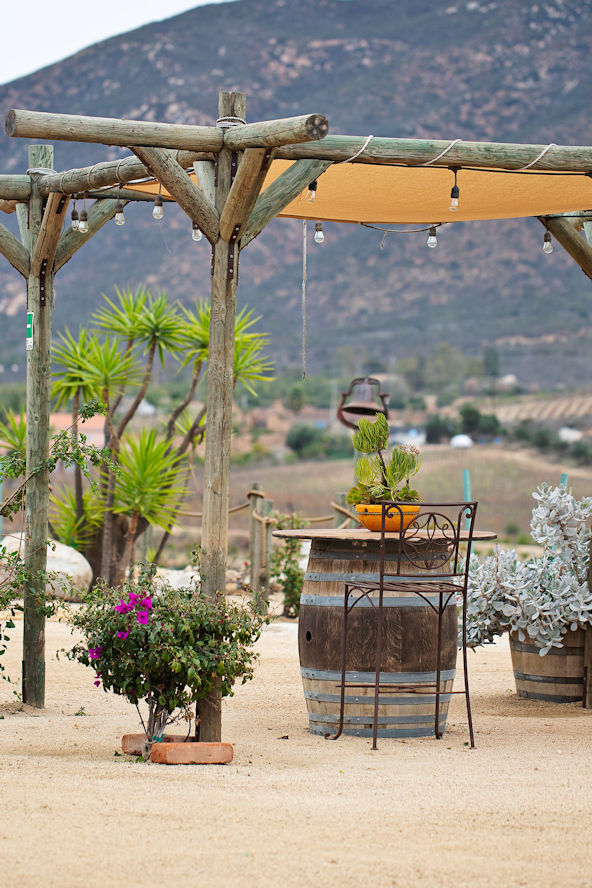