Part of the adventure of visiting the very popular Guadalupe Valley are the adventurous dirt roads into the foothills. There is a very good reason for the wineries to choose the land close to the base of the mountains for there are secret water sources running below. Bodegas F. Rubio is one such winery. The small green signs will help navigate through orange groves and the humble homes. Watch for old growth trees in the distance and make a turn to the left. As you proceed into the stone entryway, there is not yet a sign pointing to the new building further up the hill. The family home is nestled in the forest of old pine and eucalyptus trees. The long drive out to Rubio’s is well worth it for as you get out of the car and turn around you will see one of the most exquisite views of the entire valley. The majestic Sierra Blanca rises up to be the centerpiece of nature’s canvas.

This is a relatively new winery, yet it has become very popular, selling out of each year’s harvest. It is wise, if planning on visiting Saturday or Sunday, to make a reservation. It is even better if the visit is mid-week for a more personal tour and tasting experience. Rubio’s family started with planting the Cabernet and Merlot in 2008, followed by the Malbec, Palomino, Montepulicano and Sangiovesse varietals.

The plans to build their own winery came later and now they hope to have lodging completed for the 2019 Vendimia. Today the wind blows through the open patio area that is being set up for an event and the orange shade cloths reminds one of renaissance flags. A lovely gazebo welcomes visitors to sit with a glass of wine and gaze out at the extraordinary country that is the Guadalupe Valley. 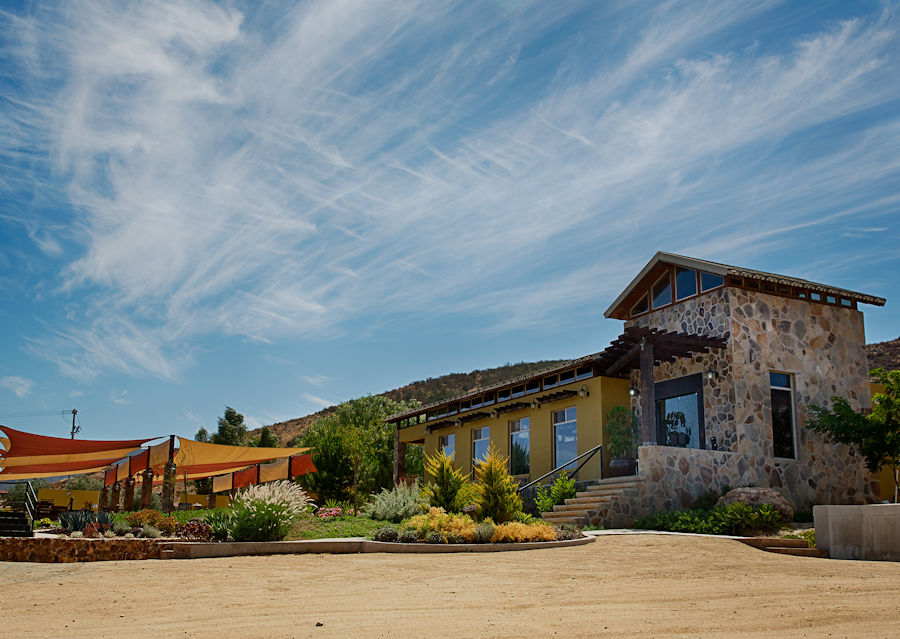 The winetasting and bistro share the same room which affords the visitor the same exquisite view and a narrow circular staircase winds its way down into the cava and wine production area, beneath the restaurant. Here the barrels are stacked three high, resting and developing for the next bottling. To begin, you can order a fresh bread smothered with a homemade pear cinnamon spread to go with your tasting or enjoy sitting at the tables for a luscious lunch with a wine pairing. The menu has all the classics with an artistic touch from the chef. Fish and steaks, salads and pasta dishes. Rubio is proud of serving vegetables fresh from the organic garden in which they use their own composting to enrich the soil.

After a wonderful meal, save room for the homemade gelato! It is to die for. Served with a purple pansy, the fresh delicate concoction is a creamy delight.

Mario, trained as a sommelier, is introducing the Rubio wines. He first points out that the 'F' in F. Rubio’s name actually stands for 'family' and not the winemakers own first name, Francisco Rubio. Mario serves the Herencia 2017 white. It is the Palomino grape, grown on site, which is making a comeback from years gone by and before Chardonnay because so popular here. Palomino is a fuller bodied white wine. It is a pale gold gem, having been fermented in stainless steel, not passing through the barrel. It has a touch of Chenin Blanc and is wonderfully fresh with citrus and has a crisp finish. There are three elephants on the label, making one wonder what is up with elephants in Baja? It begins with a love story, of course. 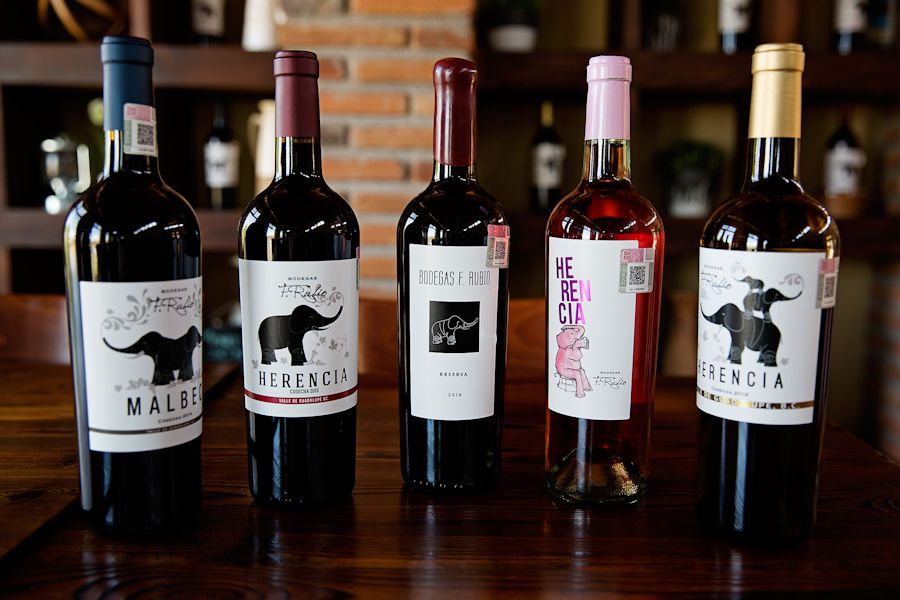 Mario tells the tale. Three elephants honor the first three Rubio granddaughters. Elephants represent certain characteristics that Francisco Rubio finds essential in life. He feels these characteristics create a strong and bonded family unit. First, elephants care about one another and stay together. Secondly, they have a very good memory, so Francisco wants everyone to remember the Rubio family wines. Thirdly, elephants take very good care of their young. However, there was still an unanswered question. Why was this important for the labeling? Mario grins and says that this isn’t an official story, however he has heard it told. It seems that Francisco took his wife to a bar in India and it was named for the elephant, a sacred animal in that country. The proprietor had a sense of humor and told them it was also because of the way people walked out at the end of the evening. Adding to this tale, Francisco’s daughter was a practicing Buddhist and she saw the spiritual aspect of the elephant god, Ganesh, who is known around the world as a bringer of good fortune. Ganesh is said to provide prosperity, fortune and success and watch over new beginnings. He is known to answer the prayers for removing obstacles from both material and spiritual success. When the trunk of the giant pachyderm is held upright, it is a sign of luck and good fortune.

The next round of tasting is the 100% Malbec 2015. A baby elephant holds the tail of the adult, representing Francisco’s first grandson. The Malbec has been held in French oak for 12 months. It is a wonderful fruit forward opening with lingering flowers, maple and a note of wood. This is a limited edition of only 150 cases and can be held seven years. Next comes the 2016 blend of Cabernet Sauvignon, Merlot and Malbec with 13 months in French and American oak. “Oh!” is the first word that comes to mind. Smooth and round, it is well balanced with fig, black cherry and a hint of sweet pipe tobacco. This one is meant to sip and enjoy with friends and very good food. It is a safe guess, as popular as they have already become, expansion will be in Rubio’s future. After the first visit, there is no doubt that wine lovers will return again and again for the hospitality of Bodegas F. Rubio and the delicious gelato! 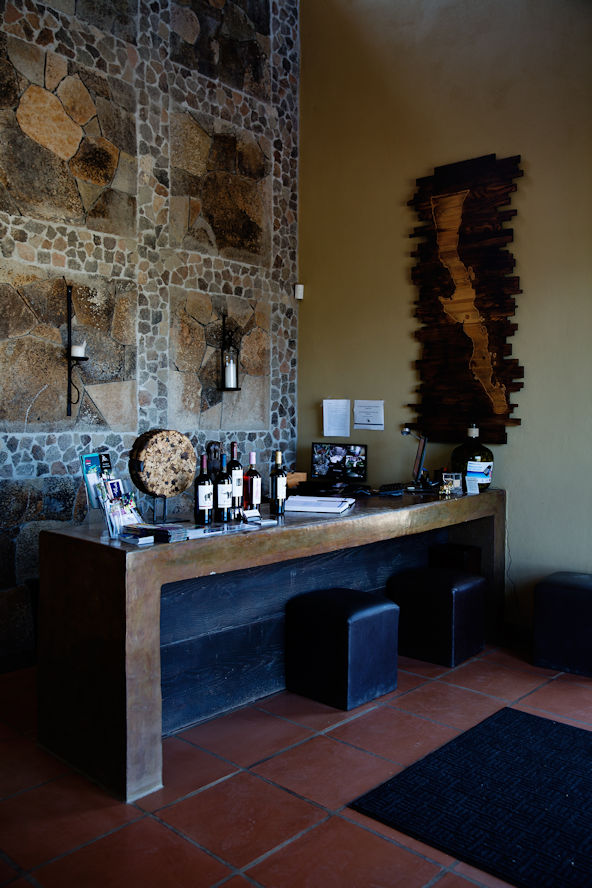 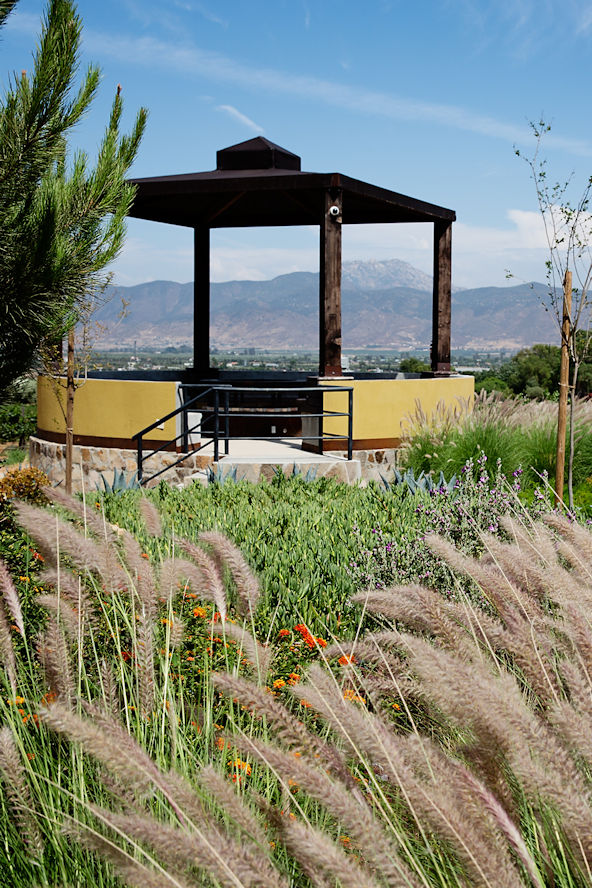