As a schoolboy in the 1920’s, Marquis McDonald was intrigued by explorers and dreamt of possible adventures. While still a young man, he began to realize those dreams, riding freight trains from coast to coast, and traveling to far-flung places like Alaska, Okinawa, Saudi Arabia, and Afghanistan.

Returning to Visalia, CA following a two-year construction stint in Saudi Arabia, he was antsy to get on the road again and knew where he wanted to go. He’d been thinking about Baja California since grammar school when he noticed his geography book featured the word “Unexplored” emblazoned over a map of “Lower California.”

In 1949-50, McDonald was able to visit that intriguing “unexplored” peninsula. It worked out that a former co-worker in Arabia, Glenn N. Oster from Long Beach, CA was available to accompany him. No stranger to adventure, Oster had been shot down twice over Germany during WWII and spent time in a Nazi prison camp.

Both were fascinated by the Spanish Missions established in Baja California from 1697 to 1834, so they made a quest to locate, annotate, and photograph each mission, hopefully becoming the first Americans to visit all of the Baja mission sites.

They diligently researched previous Baja explorations, and were especially inspired by the author Arthur W. North, whose adventurous trek down the peninsula in 1908-1910 resulted the very fine book, Camp and Camino in Lower California. North’s travels took him to most of the missions, but not all.

Marquis McDonald wrote about their trip, and almost two decades later his book Baja: Land of Lost Missions (The Naylor Company, 1968) was published. 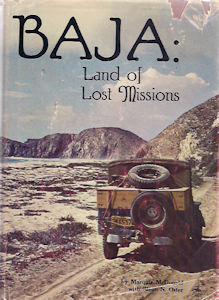 I learned of their adventure via a friendly and quite unexpected letter from the author. In the 1980s I had studied much about Baja and had written numerous articles including a series on the missions. I was still pleasantly shocked in late December 1987 to receive a letter addressed to me at the Baja Times, an English newspaper based in Rosarito Beach.

The letter from a Marquis McDonald from Olympia, WA read:

“Dear Mr. Niemann. A friend has kindly sent me some copies of the ‘Baja Times’ with some of your great articles on the missions. “In 1949-1950 a friend (Glenn Oster) and I spent many months by Jeep, horse, mule and afoot searching out all the old missions and sites. I then wrote a (not widely distributed) book, ‘Baja: Land of Lost Missions,’ published by the Southwest publisher Naylor of San Antonio Texas. (A regional publisher). “I still have all the photos we took on this trip – mostly 2 ¼ x 2 ¼ color transparencies. If you know of anyone, or any group or organization that would find them of value, or would preserve them, I would be happy to contribute them, gratis of course. “I loved Baja, and needless to say, our trip was to us at least, a great adventure, although pretty rough under those relatively primitive conditions. It would quickly kill me now. “Best regards and Happy 1988. Marquis McDonald.”

I answered right away, thanking him for the kind letter and letting him know that I would appreciate receiving the photos and would take care to preserve them. I also asked to purchase a copy of the book as I had not come across it to date.

He replied: “I am enclosing a copy of my Baja book (It is virtually impossible to buy one and long out of print) – a gift!”

He went on to mention that Glenn Oster was still living and included his Torrance, CA address. About Oster, the humble McDonald wrote, “If there was any hero on our trip, he deserves the credit (but would never claim it!). All I could do most of the time was hang on!”

As to the photos, it seems he had just sent them to a friend to copy them to videotape. Then he could forward them to me.

They never arrived and later McDonald wrote again stating that he had asked the individual to just forward them to me. We played a lot of letter tag and in one letter to me said, “His son tells me that he has been down to Cape San Lucas. 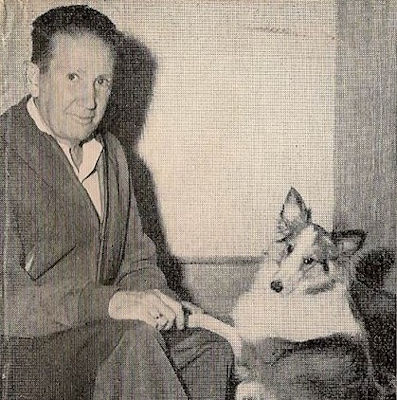 I’m sure you’ll eventually get the photos.”

To make a long story short, the 185 photos today are well preserved. They are at UC San Diego, where the Images of Marquis McDonald are in the Special Collections and Archives section, along with those of Baja explorers Harry Crosby and Howard Gulick. Some of McDonald’s photos accompany this article.

McDonald learned Spanish from phonograph courses and could read it well. He said it was still hard for him to understand the locals. Oster did not speak Spanish at all and proved invaluable doing most of the driving. McDonald was the photographer.

They were glad they had 4-wheel drive as even north of Ensenada they needed it, getting stuck several times looking for the Guadalupe mission site. Even with 4-wheel drive, many times on the trek they had to backtrack due to impassable roads.

Trying to climb a steep mountain near the Valle de Trinidad, the Jeep slipped into neutral and started rolling down, flipping over two times before teetering on the brink of a deep chasm. They jumped, uninjured, but the Jeep sustained a lot of damage. They were lucky it still ran so they limped into Ensenada and got it repaired.

Trying to get to Mission San Pedro Martír, they found they could not get there from Meling Ranch, and Mrs. Meling told them of the more southern route but advised that they could not make it that winter. That, and other missions that would be impassable until spring, made the young adventurers change their plans.

Originally, they expected to visit all the missions going south, take the ferry from La Paz to mainland Mexico and continue down the Pan-American Highway all the way to South America.

They realized that idea was out. To accomplish their primary objective of visiting all the missions, they would have to visit some heading back north.

They were surprised to see many of the northern adobe missions just piles of debris. Their first stone church encountered, San Borja, was especially a delight. McDonald wrote, “Although San Xavier (Javier), San Ignacio, and Comondú are usually considered to be the three outstanding missions, Glenn and I felt that San Borja, though never completed, should rank second only to San Xavier, and certainly equal to San Ignacio.” 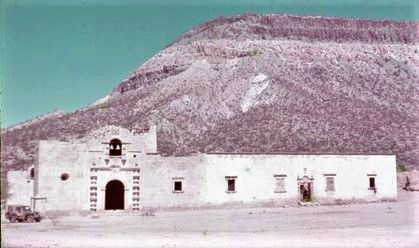 They found Loreto, “the Mother of the Missions” was missing its bell tower; a new one was added in 1955. Knowing they would be driving back north gave them more options, but all of the roads were a challenge. They traveled mission to mission down the old road, occasionally taking off on side roads for some, hiring guides, horses and mules to reach many destinations. Roads were onerous or non-existent. For example, muleback they left Loreto in the wee hours of the morning, went up the rugged trail cut into the rocks and finally arrived at San Javier at three in the afternoon.

Returning home they finally made it to their last mission site in the northern mountains. Camped nearby, McDonald wrote, “…beside a hot fire, we fell asleep jubilant that at last we had conquered the jinx and our nemesis, San Pedro Martír.”

After driving over 6,000 miles, with many more afoot and in the saddle and not arriving home until late spring 1950, McDonald concluded, “We felt, with some justifiable pride, that we were undoubtedly the only Americans, at least, to have visited all the known missions of Lower California; and we had discovered a few unknown ones for good measure.”

The adventurous pair did what they set out to do. As my last communication with the modest author was over 30 years ago, I lost touch with the pair. If they are still alive they’d be approximately 100 years old.

They explored the “unexplored” and completed their quest. Their knowledge helped make the “lost” missions more accessible to those who followed.